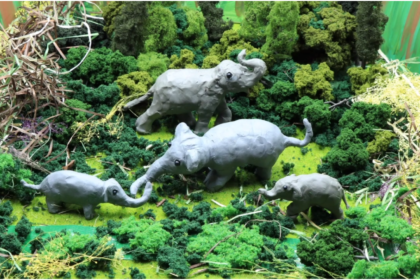 Dir. Michelle Morgan
8 Mins | USA
Inspired by real events, we follow the story of Billy, a Malaysian elephant, who was captured in the wild over 30 years ago, has been the center of a controversy for decades. Living a solitary existence at the Los Angeles Zoo since 1989, this film continues an ongoing conversation of whether zoos are educational institutions or are, in fact harmful for large animals. This is one individual's story. This film grapples with issues of animal autonomy and the contemporary themes of animals in entertainment and used for education. Film and music stars along with local citizens weigh in on this timely issue and the effort to release Billy to a sanctuary. When the animation is juxtaposed with documentary footage of Billy's abuse, this film creates a shocking reflection of the plight of all elephants in captivity today.
Back to Events