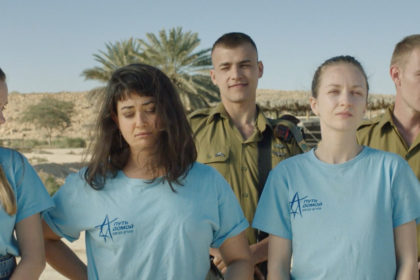 Dir. & Writ. Inbar Horesh
25 Mins | Israel
Birth Right is a comic drama that tells the story of Natasha, a young Russian woman, who's participating in an organized trip to encourage immigration of Jews to Israel. When the group arrives to the desert, two Israeli soldiers join them for the night and the girls all fall for Shlomi, the handsome combat soldier. When Natasha manages to catch his attention, her friends grow jealous and things turn ugly.
Media Kit
Back to Events