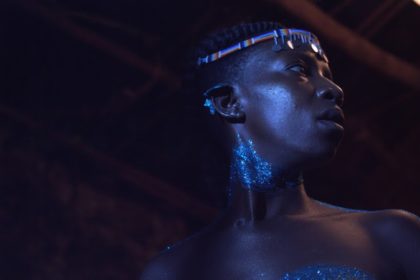 Dir. Arnold Mwanjila
118 Mins | Kenya
In an idyllic fishing village off the coast of Kenya, Babu, a poor ambitious but self-centered fisherman, ensnares Taliya, a mermaid-like water spirit, in stolen nets. Unable to get his 'three wishes' (or is it five?) as told in the village's stories of old, Babu decides to exploit Taliya as a grand magical theatrical exhibit instead. He employs the Village Storyteller to help sell his story to the masses but soon comes to conflict with the Chief's Son and a White Missionary Priest, who wish to end his act. He manages to co-opt the Chief's Son who sees Taliya as a Weapon to exploit. But Taliya herself just wants to go home and so must effect her own plan, using Babu's own eight year old son as a crucial part of her exit strategy.
Media Kit
Back to Events