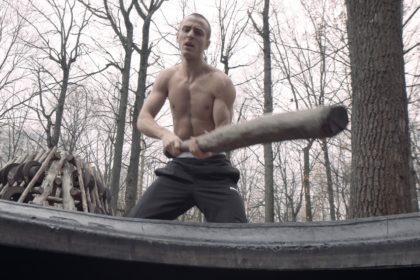 Dir. Seva Galkin
26 Mins | Russia
Nikolay and Ruslan roam the streets of Moscow, fraternize with skinheads and hang out in Nikolay's apartment decorated with Spartak FC insignia. Ruslan adores luxury cars and despises their owners. Though yearning for intimacy with Ivan, Nikolay has sex with other lads. Angered and confused, guys come united in their desire to inflict a penalty on homosexuals. In the context of crony capitalism, social divisions, propaganda-infused media, and Russian Section 28, banning positive representations of LGBT, the film inquires about masculinity, identity, and a sense of belonging. Based on a true story, the film's brutal aesthetic is informed by research in court proceedings, social media, and street culture.
Media Kit
Back to Events