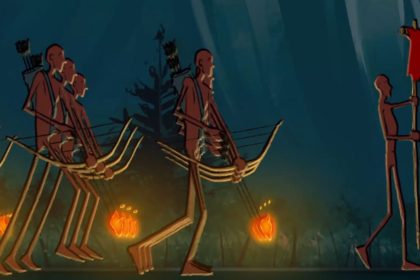 Dir. & Writ. Hazhir As'adi
7 Mins | Iran
There is a war between two tribes on claiming the sun in the sky. As a result to that war, sun annihilates and the volcano erupts. Those two tribes now are dead and a new sun is made, both by that lava. Several centuries will pass and the humans are still in a war to claim the sun in the sky.
Back to Events