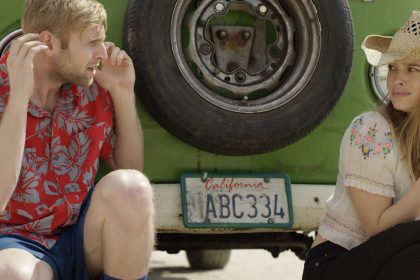 Dir. Gabriel Adams
85 Mins | USA
Phil Wexler is an LA Loner with 24 hours todrive from Los Angeles to San Francisco for his father’s funeral. It’s an easy drive on California’s straight-shot Interstate-5 until Phill’s beloved Cadillac is stolen by a con-artist and her sinister sister. In pursuit, Phill catches a ride with the oddball Percy in his lime green VW bus. As the unlikely outsiders chase the women up the 5, every exit and detour leads to an episode of the absurd, the violent, the romantic, and above all the unexpected. A nighttime climax in a desolate motel forces everyone to discover a little something about themselves -- and it ain’t all good.
Media Kit
Back to Events