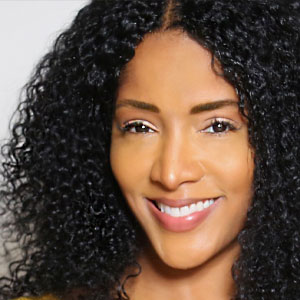 DeMane Davis is a television director and producer whose most recent work is the highly anticipated series Self Made: Inspired by the Life of Madam CJ Walker on Netflix. The limited series stars Octavia Spencer, Blair Underwood & Tiffany Haddish.

She was honored to help out the talented producers and crew of the show, many of whom are Black women, including showrunners and writers Janine Sherman Barrois and Elle Johnson; writer and producer Nicole Jefferson Asher; legendary director Kasi Lemmons; Director of Photography, Kira Kelly and Line Producer, Lena Cordina. For Davis, producing and directing “Self Made” was a dream come true.

Davis began her career writing and directing indie features. Both of her films premiered in Dramatic Competition at the Sundance Film Festival and internationally at Edinburgh. She’s best known for Lift, the story of a “booster” or professional shoplifter which was selected for the prestigious Sundance Director’s and Screenwriter’s Labs. It starred Kerry Washington in her first leading role. Lift went on to win two Spirit Award nominations before airing originally on Showtime and now is streaming on Amazon.

Davis was working on teleplays and freelancing as an advertising copywriter when the prolific director and producer Ava DuVernay (When They See Us, Selma, A Wrinkle in Time) literally “slipped into her DMs.” DuVernay asked her to helm an episode of her groundbreaking series, Queen Sugar (OWN). Davis, of course, agreed & arrived at the Queen Sugar production office on crutches (surgery wasn’t going to stop her)! Later that summer, DuVernay asked Davis to be Producing Director on the third season of Queen Sugar. She then directed the celebrated premiere where Ralph Angel (Kofi Siriboe) learns he’s not the father of his son, as well as two more episodes while overseeing DuVernay’s all female, first-time-TV-directing tribe.

Since then, Davis has directed the recently GLAAD Media Award nominated series, The Red Line (Ava DuVernay/Greg Berlanti for CBS); and For the People, How to Get Away with Murder & Station 19 (Shonda Rhimes/ABC.). She also directed an episode of the current season of You (Warner Brothers/Netflix) starring Penn Badgely and Chris D’Elia.

A proud product of #TheAvaEffect, the in-demand director has several jobs coming up in the new year including helming a new Netflix series this Spring.

Davis has directed over seventy commercials, won a Clio Award for copywriting and is also a voiceover talent. When not directing and producing, she splits her time between writing and being involved with several philanthropic endeavors including Casa Myrna Vasquez, The Innocence Project and Boston Healthcare for the Homeless.

The interview will be moderated by NFMLA Board Member and actress, Noree Victoria (The People vs. OJ Simpson). They will be speaking with her about her career in film/TV directing, and “The Ava Effect” – a term that she, and other directors, have coined from the phenomenal ripple effect their careers have experienced after partnering with Ava Duvernay.

Once you purchase a ticket, we will send you an email with ZOOM login information to the April 16th, NFMLA Interview Series. If you don’t already have the ZOOM APP you can download it on your computer or phone. Visit https://zoom.us/download to find “Zoom Mobile Apps” and download it. Zoom can be downloaded from the Apple App Store or Google Play.