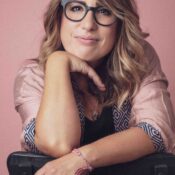 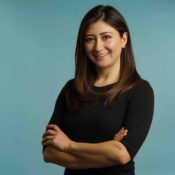 ALISON MANN is a Talent Manager and Co-President of Fourth Wall Animation at FourthWall Management. In her role, Mann is responsible for managing talent and strategizing the development and talent for the feature film, international and series-based projects, collaborating with business affairs, recruiting, and the creative team to foster new relationships with key creatives within the animation industry. She is also the co-founder of BRIC Foundation, an organization set up to solve how to create new access points for women and people from underrepresented groups so they can excel at creative leadership and to enable culture change through engaging and empowering talent. As creative and supporter of talent, Mann is passionate about storytelling and identifying and working with inspiring creators that can continue to elevate the animation industry.

Chelsea Itaya is a Creative Executive at Sony Pictures Animation. She received her Bachelor’s Degree from UC Berkeley’s Haas School of Business but quickly realized that she wanted to work in the animation industry after interning at DreamWorks Animation. Prior to joining Sony Animation, she worked at Warner Bros. Entertainment and Paramount Animation before moving to Montreal to work as a script/story coordinator and eventually a feature development coordinator at ON Animation. Chelsea is passionate about helping underrepresented groups get those coveted Director/Writer/Producer positions and has worked with organizations like Women in Animation, BRIC, Native American Animation Lab, Good City Mentors and Rise Up Animation in an effort to make that happen.