Join NewFilmmakers Los Angeles (NFMLA) for an engaging conversation with Payman Benz, a seasoned television comedy director. His work includes directing episodes of Brooklyn Nine Nine, Black Monday, The Good Place, The Last Man on Earth, and Key & Peele. Payman will discuss his career in directing for episodes of hit comedy series, his work and creative process, the state of the television industry today and comedy in particular, and advice he has for emerging creatives who may want to enter the world of comedy. 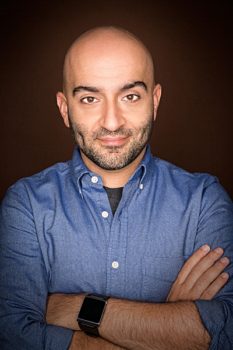