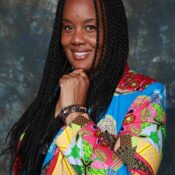 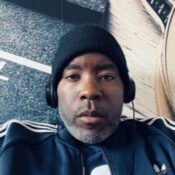 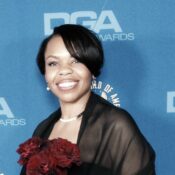 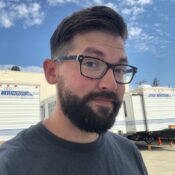 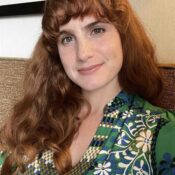 Join NewFilmmakers Los Angeles (NFMLA) for a conversation with the Directors Guild AD Training Program, which provides selected candidates with education, training, and paid experience in professional settings to facilitate development into successful Assistant Directors in the film and TV industry. Upon completion of the program, graduates are qualified to join the Directors Guild of America as Second Assistant Directors. We will discuss the program and its opportunities, how and when to apply, best practices for applications, and answer audience questions.

The conversation will be moderated by Lila Mayes, Program Administrator for the Directors Guild Producer Training Plan.

Lila Mayes, a Texas native (California-raised), has a diverse background in Human Resources, Event Logistics and Artist Relations. Having studied Business Administration at San Diego State and receiving her Human Resources certification from the University of Phoenix, Lila currently serves as the Program Administrator for the Directors Guild-Producer Training Plan. This program was created in 1965 to offer access to those who might not otherwise have entrée to the motion picture and television industry. The program provides productions with trained, professional Assistant Directors.

Lila is also a founding Board Member of the nonprofit organization, Black Women Lead. This organization was formed in Los Angeles, CA in an effort to amplify the leadership and voices of black women and underrepresented communities.

Imhotep Coleman is a veteran Assistant Director, working in both television & film. His credits include “9-1-1,” “Less Than Zero,” “Dirty Lies,” “Scandal,” “The Bridge,” “The Secret Life of an American Teenager,” “Southland,” “Project X,” “Nocturnal Agony,” “Dexter, and “Dollhouse.” When Imhotep is not leading films, he is also an active member of the community. He is the co-founder of Urban Scholar Academy, a non-profit organization dedicated to transforming the minds of youth through academic enrichment and community service opportunities. Additionally, he also is a board member of the Mocha Girls Read National Chapter and a champion advisor for Faithful Central Bible Church’s “Rites of Passage” Black Male Mentorship Program. Imhotep received his Bachelor of Arts in Radio, Television & Film from Howard University in 2001. He is a proud Inglewood resident, husband to Alexis Coleman and active father of two fearless boys, teenage boys.

Shawn Pipkin-West has been a DGA Member since 2004. As a working First Assistant Director in the industry, Shawn is now transitioning to episodic/streaming director. Her short film directorial debut, “MO,” made the film festival circuit in 2020. At the moment, Shawn is working on THE UNTITLED LION KING PREQUEL directed by Academy Award Winner Barry Jenkins. Some of her other AD feature credits include DREAM GIRLS, LONGEST YARD, FAMILY STONE and BEYOND THE LIGHTS. Pipkin-West’s TV Credits include West Wing Special for HBO MAX/Warner Bros. and Michelle Obama’s WHEN WE ALL VOTE organization, Disney + BIG SHOT, ABC’s GREY’S ANATOMY, THE CATCH, FOR THE PEOPLE, FOX’s SHOTS FIRED, NBC’s COMMUNITY, FRIDAY NIGHT LIGHTS, RAISING DION for NETFLIX and SORRY FOR YOUR LOSS for FACEBOOK Watch. A Directors Guild-Producers Training Program Graduate, Pipkin-West is very active in the Guild. She is a Board of Trustees Member of the Directors Guild-Producer Training Program, a DGA National Board Associate Member, Co-Chair of The Women’s Steering Committee, member of The Safety Committee, The Education Committee, 1st AD Committee and currently is 2nd Vice Chair AD/UPM Council West.

About Keegan A. Limbrick

Keegan A. Limbrick is a Chicago native and 2014 graduate of UNC Wilmington with a BA in Film Studies. Before becoming a DGPTP Trainee in 2018, he managed a drone videography company (Highpoint Aerial) in Syracuse, NY. Limbrick graduated from the Assistant Director Training Program in November of 2021 and has since been consistently working as a 2nd2nd AD. When he’s not working, he is an avid reader, salsa dancer, and world traveler. He also enjoys spending time outdoors, particularly hiking and scuba diving.