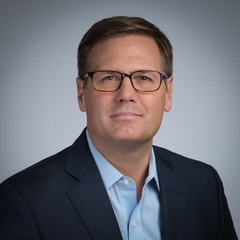 Andy Bohn is Co-President of Greenwich Entertainment an independent film distribution company specializing in distinctive, theatrical-quality narrative and documentary features. Since its founding in 2017, Greenwich has released over 70 films including Academy Award-winning Free Solo, The Rescue, Echo in the Canyon, and Linda Ronstadt: The Sound of My Voice by Academy Award-winning directors Rob Epstein and Jeffrey Friedman.

Bohn previously founded Might Entertainment, a digital distribution company that released 37 films including The Girl with the Dragon Tattoo trilogy through an output deal with Lionsgate. Might was acquired by GoDigital in 2012.

Prior to Might, Bohn worked at Morgan Creek, MGM’s Trilogy Entertainment, and ICM. Before entering the entertainment industry, Bohn was an analyst at Deloitte Consulting focused on the globalization strategies of media conglomerates.

Bohn is a member of Film Independent’s Arts Circle, a founding Board Member of Northwestern University’s Leadership Council of Southern California, and a Co-Chair of the annual Reverse Rett Gala in Los Angeles. Bohn graduated from Northwestern with a Bachelor of Arts in Economics.