Join NewFilmmakers Los Angeles (NFMLA) for a conversation with Gloria Fan, Vice President of Current Programming at 20th Television Studios. We will discuss the current state of the scripted television industry, her career in production and development and her work at 20th Television, and best practices for working in television. 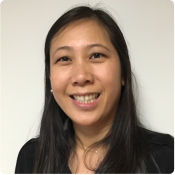 Gloria Fan serves as the Vice President of Current Programming at 20th Television Studios. Her current slate spans across networks and streaming services including Hulu’s upcoming series THE DROPOUT, NatGeo’s GENIUS: ARETHA and HOT ZONE, USA’s QUEEN OF THE SOUTH, and FX’s MAYANS, the spin-off to SONS OF ANARCHY (along with FX Productions). In addition, she is developing several new shows including PROMISED NEVERLAND (based on the popular Japanese manga/anime) with Rodney Rothman and Meghan Malloy (INTO THE SPIDERVERSE) and THE DRESDEN FILES with Evan Spiliotopolos.

Her roots began as a feature producer at Mosaic Productions and Atlas Entertainment, where she produced a number of films such as Tom Tykwer’s INTERNATIONAL starring Clive Owen and Naomi Watts, along with several genre movies including SHUTTER, SEASON OF THE WITCH, and IN THE TALL GRASS.

Having traveled the world in search of stories, artists, and cultural experiences, Gloria brings a uniquely global perspective to storytelling. She seeks to incorporate these findings into her daily work. She is thrilled that her career path has taken her from film producer to television executive and is grateful to work on fostering such inspiring projects.