Join POV and NFMLA for a conversation with Emily Cohen Ibañez about her new documentary film, Fruits of Labor, which is slated to premiere on POV. We will discuss Emily’s process in observational documentary filmmaking, storytelling through a social impact lens, as well as her unique style that weaves a magical realism and dreamy poetry with harsh reality and coming-of-age.

About Fruits of Labor

Ashley, a Mexican-American teenager living in California, dreams of graduating high school and going to college. But when ICE raids threaten her family, Ashley is forced to become the breadwinner, working days in the strawberry fields and nights at a food processing company. 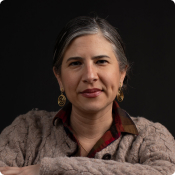 Emily Cohen Ibañez is a Latinx filmmaker with Colombian and Syrian Jewish heritage. She earned her doctorate in Anthropology (2011) with a certificate in Culture and Media at New York University. Her film work pairs lyricism with social activism, advocating for labor, environmental, and health justice. Her directorial feature documentary debut, FRUITS OF LABOR will be having its World Premiere at SXSW 2021. Emily was a Fulbright Scholar in 2007-2008 based in Colombia, South America; she screened her film Bodies at War in 22 rural Colombian municipalities affected by landmines in partnership with the Colombian Campaign Against Landmines. Emily regularly makes commissioned short films for venues like The Guardian, The Intercept, and Independent Lens. She also contributes cinematography to independent films including Bronx Obama (2014) directed by Ryan Murdock which won a “Best in Fest” award at AFI Docs.

About the Moderator: Tom White 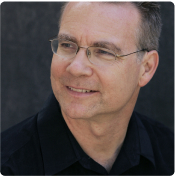 Once you’ve registered,, we will send you an email with ZOOM link. If you don’t already have the ZOOM APP you can download it on your computer or phone.