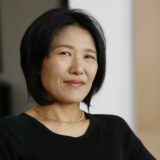 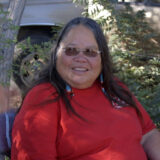 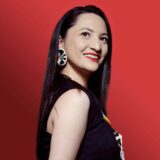 Join POV and NewFilmmakers Los Angeles (NFMLA) for a conversation about the documentary MANZANAR, DIVERTED: When Water Becomes Dust, which premiered on POV this year, with director/producer Ann Kaneko and Kathy Jefferson Bancroft, Lone Pine Paiute-Shoshone Tribal Preservation Officer, who appears in the film. We will discuss the documentary process, as well as the film’s bridging of the past and present to inspire intersectional social and environmental justice, and interconnected histories of injustice and resistance.

More about MANZANAR, DIVERTED and POV can be found here: https://www.pbs.org/pov/films/manzanardiverted/

At the foot of the majestic snow-capped Sierras, Manzanar, the WWII concentration camp, becomes the confluence for memories of Payahuunadü, the now-parched “land of flowing water.” Intergenerational women from Native American, Japanese American and rancher communities form an unexpected alliance to defend their land and water from Los Angeles. A co-production of the Center for Asian American Media and Vision Maker Media. A co-presentation with the Center for Asian American Media.

ANN KANEKO (director/producer) is known for her personal films that weave her intimate aesthetic with the complex intricacies of political reality. An Emmy winner, she is currently in development on 45/45 a personal film about the beginning and end of life. Her other credits include A Flicker in Eternity; Against the Grain: An Artist’s Survival Guide to Perú; Overstay and 100% Human Hair. She was a Fulbright, Japan Foundation Artist, Film Independent Doc Lab and Jackson Wild Multicultural Alliance fellow. She has been commissioned by the National Endowment for the Arts, the California Endowment and the Skirball Cultural Center. She currently teaches Media Studies at Pitzer College.

Kathy Jefferson Bancroft was born and raised in the traditional and unceded homeland of her ancestors, the Nüümü and Newe. She now serves her community as the Tribal Historic Preservation Officer for the Lone Pine Paiute-Shoshone Reservation and the President of the Alabama Hills Stewardship Group, Inc. She was born in Lone Pine, California where she attended school and spent her summers in the backcountry of the Sierra Nevada with the family pack outfit. Leaving her home to attend high school made Kathy realize how much she valued the land in which she grew up. She raised two sons and later went back to school to earn degrees in Chemistry and Biology. She values the traditional knowledge she holds and acknowledges that it is worth more than any degree offered through academics.

Tsanavi Spoonhunter is a Northern Arapaho and Northern Paiute nonfiction film director, producer and writer. Some of her written works include federal government funding for tribes, jurisdictional issues between governing agencies and economic development on tribal lands. Her short films have screened on Alaska Airlines, at the National Museum of the American Indian, The Redford Center, art museums and PBS affiliates. Currently, she works as a freelancer while independently directing and producing her first feature-length documentary titled Holder of the Sky. Spoonhunter earned a Master of Journalism degree from the University of California, Berkeley, with a focus on documentary film. She is a 2022 Sundance Institute Humanities Sustainability Fellow, First Peoples Fund Fellow and SFFilm FilmHouse Resident.