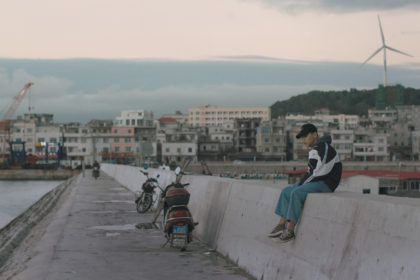 Dir. Fengrui Zhang
19 Mins | USA
In the recently westernized Putian, Fujian area, Dongdong reluctantly follows in his father footsteps, Song, a fisherman working to make ends meet, but with a sudden envy and longing for more and something different, he turns to Christmas, a pillar of the American dream. On Christmas eve, he asks his father for new sneakers, hoping that his enthusiasm might make his wishes come true. All he truly wants is to be like his friend, whose parents are wealthy and able to send him to school in America. Song brushes his son's words aside. Seeing as they can barely survive on their meek fishing business, Dongdong's needs have no stake in their lives; the only thing that matters is his ability to take over his father's trade. However, Dongdong, determined to aspire to a greater life than that established and prescribed to him by his father and culture, decides to disappear. Song, deeply loving his son and now regretting his lack of sympathy towards him goes looking for him, but no one has seen him. No one can help him because no one has ever or will ever see him or his son. As fishermen, they are at the bottom of the pecking order, invisible to most, systemically cast aside and doomed to repeat this cycle generation after generation. Has Dongdong escaped this narrow fate or will he come back once he's hungry again?
Back to Events