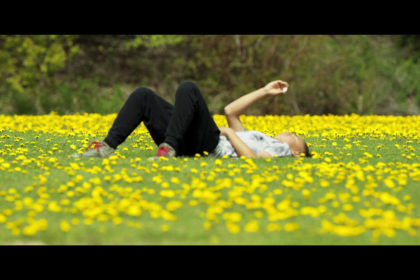 Dir. Cliff Hokanson , RoseAnna Schick, Writ. Adrian Sutherland & Prod. RoseAnna Schick, Cliff Hokanson, Adrian Sutherland
4 Mins | Canada
The song Lonely Boy, written by Adrian Sutherland from remote Attawapiskat First Nation, is about the loss of his father - not an easy experience to capture in a music video. Production took place over three days, with three cameras, at three different locations in Winnipeg, with actors and extras, and full-band performance by Midnight Shine. But it's the last-minute addition of an adorable four-year-old on the final shoot day that just might steal the show. And all the hearts.
Back to Events