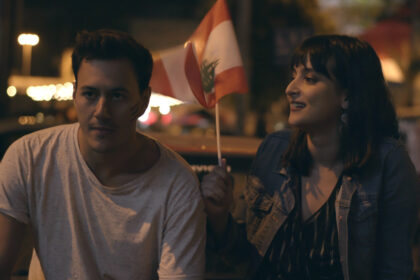 Dir. Dahlia Nemlich, Writ. Dahlia Nemlich & Prod. Dewberries Films
16 Mins | France
Beirut 2019. During the revolution. On her way back from a protest, Farah, a Lebanese activist, and her French-Lebanese boyfriend Anthony are stopped at a roadblock held by two armed militiamen who have a bone to pick with Farah.
Back to Events