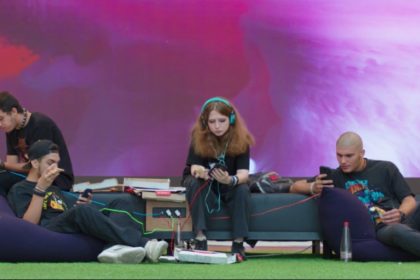 Dir. & Writ. Nir Berger
25 Mins | Israel
Adele is an aggressive, self-conscious 17-year-old girl who spends most of her time trolling her classmates online. When she is hit on by another internet troll, Uri, they flirt until he urges her to send a picture in which she is actually visible. But instead of sending her own picture, Adele sends Uri a picture of a random pretty girl from Syria – sparking another unexpected relationship.
Media Kit
Back to Events