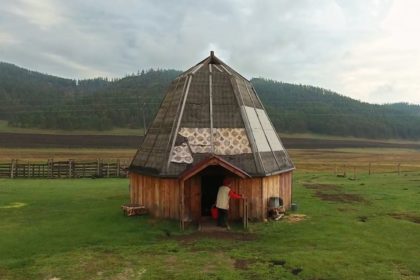 Dir. Farhad Akhmetov, Ava Porter
72 Mins | USA
A rare view of the ethnic groups of five regions across Russia: the Bashkirs of the Ural Mountains, the Cossacks of the Caucasus, the Molokans of the Southern Steppe, the Ashkenazim and Krymchaks of the Black Sea, and the Altaians of Central Siberia. While on the surface these groups appear to differ, varying in location, religion, and language, they are united through their connection to music — for all of them, song is an expression of everyday life, each note a trace of the ancestral past, each beat a conduit to the future. Ultimately, the harmonious universality of musical expression is revealed through this rapturous ethnographic look at traditional folk music.
Back to Events